The optional theme for the jam was "ON / OFF" and my best explanation for how this game fits is that you are a unicorn who is getting on with their life despite feeling a little off.

Space or C to JUMP

This might be a goofy, gross little game, but I learned quite a bit while making it. The Nokia Jam appealed to me because of its fairly extreme limitations: 84x48px resolution, two colours (#c7f0d8 and #43523d) only, and a single channel of monophonic sound. Spewnicorn was originally going to (and still might) be a visually ambitious game with a variety of enemies and rainbow-coloured vomit, but this 3310-inspired version let me explore the basic mechanics over just a couple of days.

How do you fill the cup? I can't get up onto the platform, and if I try to build up from below so it overflows into the cup the game always jams at some point where you stop being able to move.

Can you do the vomit jetpack trick in the cup level? If you've got that far then presumably you've managed it once to cross the large, spike-filled gap, and it should be possible throughout. However, there's an issue where vomiting downwards produces no upwards thrust on some devices and it's possible you may be running into that (even if it worked once previously).

I didn't know one could do something as gross as this on a Nokia 3310! XD

On a real Nokia 3310 you probably couldn't, but if you're just aiming for the same general vibe on a modern machine you can have as much unicorn vomit as you like!

Thanks! Glad you enjoyed it.

I like the idea, but where is the jetpack? :(

Also - potentially using vomiting as a way to create platforms to get through challenges? That might be something to take a look at!

You're supposed to be able to propel yourself upwards by vomiting while in midair, but I've recently discovered that it doesn't work on every device I've tried. I've got no idea why: the character flips face-down so the game obviously recognises that input, but on one (older) laptop it just doesn't apply any upwards force, as far as I can tell.

If this is the problem you're running into, I'm afraid I don't have a fix for it just yet. If you simply haven't tried vomiting while trying to cross that chasm, however, that's the way to do it.

Puke-platforms would definitely be a neat addition. I really would like to expand this someday: the other possibility I considered was spinning some kind of waterwheel to move elements of the level around. 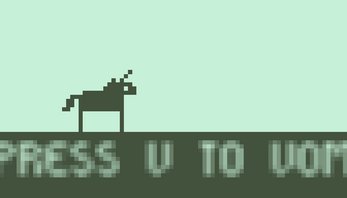 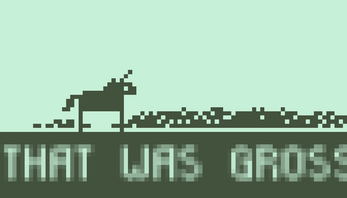 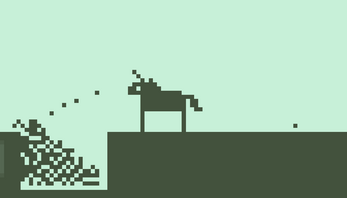 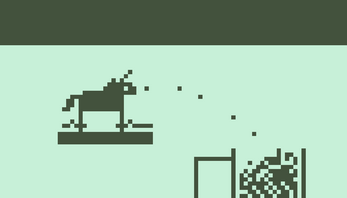 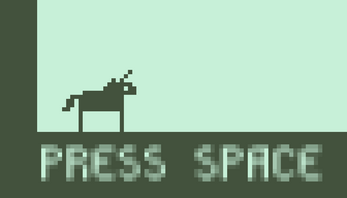